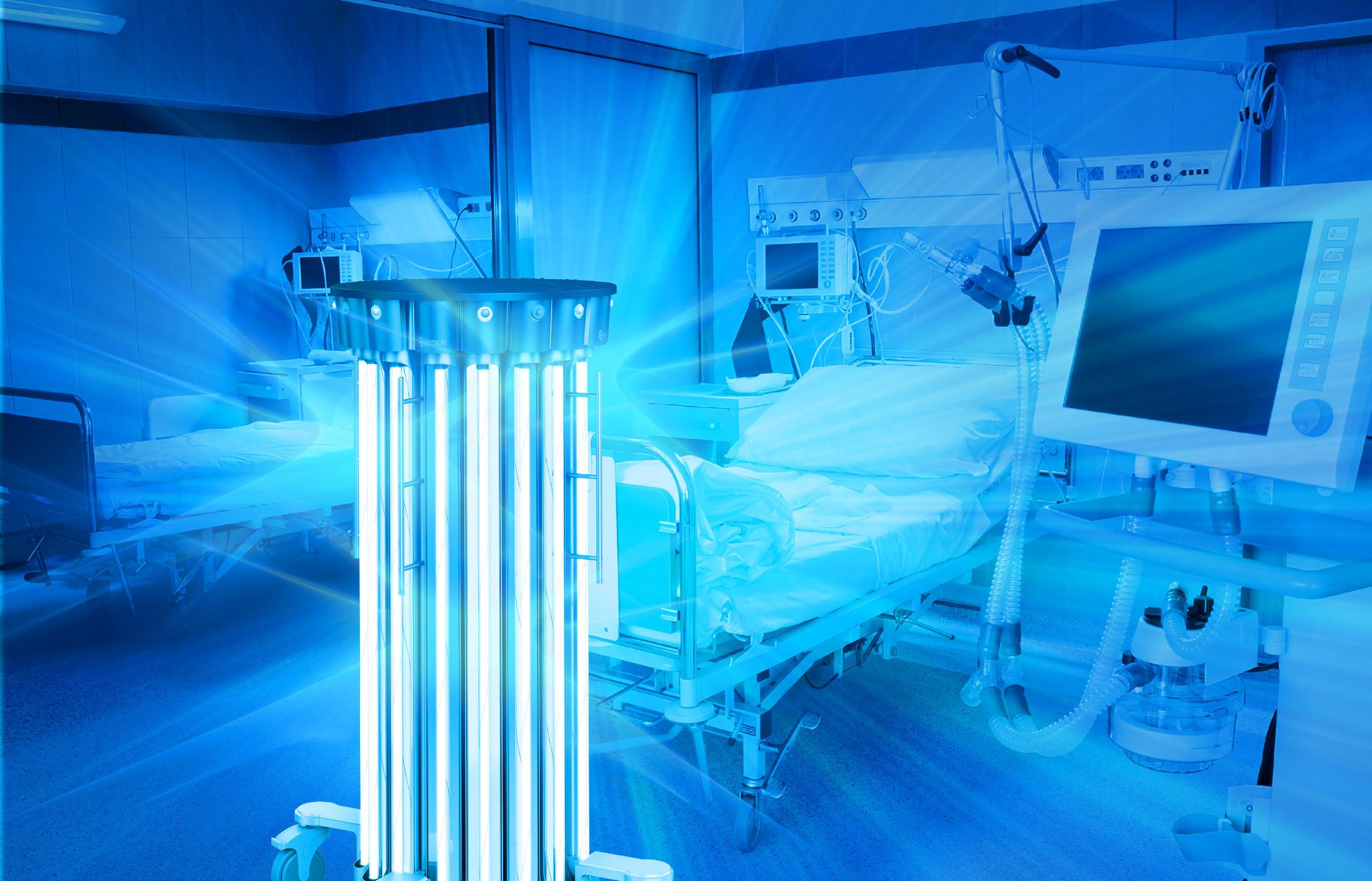 Hospitals have embraced ultraviolet (UV) lights as a cleaning tool for years, using large, industrial-grade machines to decontaminate rooms. Now, smaller versions of UV sanitation lights are available to consumers looking to clean pretty much anything, from phones to toilet seats.

UV light is highly effective at killing germs
The three main types of UV rays are UVA, UVB, and UVC. Because UVC rays have the shortest wavelength, and therefore highest energy, they are capable of killing bacteria and viruses, also called pathogens. UVC light has a wavelength of between 200 and 400 nanometers (nm). It is highly effective at decontamination because it destroys the molecular bonds that hold together the DNA of viruses and bacteria, including “superbugs,” which have developed a stronger resistance to antibiotics.

Powerful UVC light has been regularly used to decontaminate surgical tools and hospital rooms. A study that included 21,000 patients who stayed overnight in a room where someone had been previously treated found that sanitizing a hospital room with UV light in addition to traditional methods of cleaning cut transmission of drug-resistant bacteria by 30%. This is partly because UVC light can effectively sanitize hard-to-clean nooks and crannies. UVC light also works by destroying the DNA of pathogens, which makes it effective against “superbugs.”

But this broad-spectrum light is also a health hazard — linked to diseases such as skin cancer and cataracts — and humans cannot be in the room when it is used. Recently, however, researchers have been working with narrow-spectrum UVC rays (207-222 nm). This type of UVC light kills bacteria and viruses without penetrating the outermost cell layer of human skin.

A 2017 study showed that 222 nm UVC light killed methicillin-resistant Staphylococcus aureus (MRSA) bacteria just as effectively as a 254 nm UVC light, which would be toxic to humans. This study was repeated in 2018 on the H1N1 virus, and narrow-spectrum UVC light was again found to be effective at eliminating the virus. This has particularly important implications for public health since the possibility of non-toxic overhead UV lighting in public spaces could drastically reduce the transmission of diseases.

Killing bacteria and viruses with UV light is particularly effective because it kills germs regardless of drug resistance and without toxic chemicals. It is also effective against all germs, even newly-emerging pathogen strains.

How to use a UV light to kill germs at home
UVC lights available to consumers come in various forms, including boxes, bottles, and covered wands. Each has its own set of instructions for how to use the light to kill germs, with specifics on things like how long the sanitation takes and, in the case of wands, how close it has to be to the object you’re trying to sanitize. Larger box-shaped versions fit tablets, toys, and baby bottles.

One 2008 study tested the efficacy of the VIOlight, a $30 toothbrush sanitizer that claims to rid your toothbrush of disease-forming germs. The study found that, compared to a toothbrush that had not been treated with ultraviolet light, the VIOlight got rid of 86% more colony-forming units of S. salivarius, lactobacilli, and E. coli. These bacteria can cause strep throat, digestive problems, and a number of other illnesses.

Sanitizing wands allow you to wave UVC light over anything you might want to disinfect, including counters, bedding, and steering wheels. The wands can be used anywhere, claim to work within seconds, and are often marketed to travelers concerned about things like hotel room sanitation. A 2014 study tested the efficacy of these portable wands and found that they killed 100% of commonly-found bacteria within five seconds and inactivated 90% of spore-forming bacteria, which are harder to kill, within 40 seconds.

Besides surfaces, UVC light can purify water, too — when used correctly. Companies that sell UVC pen-like devices and UVC bottles claim to rid 99.99% of bacteria and viruses from water. Such products are typically valuable to hikers and travelers to remote areas, both of whom more commonly encounter unpurified water sources.

A 2015 study in Travel Medicine and Infectious Disease looked specifically at a handheld UVC light device called SteriPEN. The researchers concluded that the number of bacteria and virus reduction depended on how the device was used. While it performed well overall (killing between 94.98% and 99.99% of germs), “education on the risks of incorrect application should be included in the travel medical consultation.”

No matter the device, if you’re using one, check the device’s instructions first. And still, wash your hands.

Corona vaccine: will it soon also be stored in shock-freezers from Ellwangen?
January 24, 2021

This website uses cookies to improve your experience while you navigate through the website. Out of these, the cookies that are categorized as necessary are stored on your browser as they are essential for the working of basic functionalities of the website. We also use third-party cookies that help us analyze and understand how you use this website. These cookies will be stored in your browser only with your consent. You also have the option to opt-out of these cookies. But opting out of some of these cookies may affect your browsing experience.
Necessary Always Enabled

Any cookies that may not be particularly necessary for the website to function and is used specifically to collect user personal data via analytics, ads, other embedded contents are termed as non-necessary cookies. It is mandatory to procure user consent prior to running these cookies on your website.